One of the earlier goals of CPU designers was to provide more and more instructions in the instruction set of a CPU to ensure that the CPU supports more functions directly. This makes it easier to translate high-level language programs to machine language and ensures that the machine language programs run more effectively. Of course, additional instruction in the instruction set of a CPU requires additional hardware circuitry to handle that instruction, adding more complexity to the CPU’s hardware circuitry. Another goal of CPU designers was to optimize the usage of expensive memory. T

o achieve this, designers tried to pack more instructions in memory by introducing the concept of variable-length instructions such as half-word, one-and-half-word etc. For example, an operand in an immediate instruction needs fewer bits, and hence, a CPU designer can design it as a half-word instruction. Additionally, designers originally designed CPUs to support a variety of addressing modes (discussed later in this chapter during the discussion of memory).

CPUs with large instruction set, variable-length instructions, and a variety of addressing modes are called CPUs based on CSIC (Complex Instruction Set Computer) architecture. Since CSIC processors possess so many processing features, they make the job of machine language programmers easier. However, they are complex and expensive to produce. Most modern personal computers use CSIC processors.

Furthermore, to speed up computation and to reduce the complexity of handling a number of addressing modes they decided to design all instructions in such a way that they retrieve operands stored in registers in CPU rather than from memory. These design ideas resulted in producing faster and less expensive processors. CPUs with a small instruction set, fixed-length instructions, and reduced references to memory to retrieve operands are called CPUs based on RISC (Reduced Instruction Set Computer) architecture.

Since RISC processors have a small instruction set, they place extra demand on programmers who must consider how to implement complex computations by combining simple instructions. However, RISC processors are faster for most applications, less complex, and less expensive to produce than CSIC processors because of simpler design.

Supporters of RISC technology claim that increased processing speed and lower cost of RISC processors easily offset limitations of a reduced instruction set. However, critics of RISC technology are of the opinion that a RISC processor has to process more of these simple programmed instructions to complete a task, placing additional burden on system software. There seems to be clear answer as to which technology is better. The answer may be that each technology lends itself best to certain applications, and so both technologies will coexist.

Explicitly Parallel Instruction Computing (EPIC) technology breaks through the sequential nature of conventional processor architecture by allowing the software to communicate explicitly to the processors when operations can be done in parallel. For this, it uses tighter coupling between the compiler and the processor. It enables the compiler to extract maximum parallelism in the original code and explicitly describe it to the processor.

For this, EPIC processors use the following three key techniques:

Predication techniques improves performance by reducing the number of branches and branch mispredicts. Once again, the system first takes the help of compiler to reorder the instructions to reduce the number of branches as much as possible at compile time. Conventional processors use “branch prediction” technique in which the processor predicts which way a branch will fork and speculatively executes instructions along the predicted path. At the time of execution of the branch instruction, if the system finds the prediction to be correct, the processor gains performance improvement because instructions lying in the path to be executed now have already been executed and the processor can use their results directly. However, if the system finds the prediction to be wrong, it discards the results of execution of the predicted path and takes up the instructions of the correct path for execution.

Speculation technique improves performance by reducing the effect of memory-to-processor speed mismatch. Memory access speed is much slower than processor speed. Speculative data loading technique takes care of this by loading a piece of data and keeping it ready before the processor actually requires it. It not only allows the processor to load a piece of data from memory before a program actually needs it, but it also postpones the reporting of exceptions if the loaded data is illegal.

Notice that all three techniques are based on the availability of an intelligent compiler and closed coupling between compiler and processor. Hence, performance of processors based on EPIC technology comes from both hardware and software.

Processors based on EPIC architecture are simpler and more powerful than traditional CISC or RISC processors. These processors are mainly for 64-bit, high-end server and workstation market (not for personal computer market). Intel’s IA-64 (code-named Itanium) was the first EPIC processor.

Till recently, the approach used for building faster processors to keep reducing the size of chips while increasing the number of transistors they contain. Although, this trend has driven computing industry for several years, it has now been realized that transistors cannot shrink forever. Current transistor technology limits the ability to continue making single-core processors more powerful due to following reasons:

These and other challenges forced processor manufacturers to research foe new approaches for building faster processors. In response, manufacturers came out with the idea of building multicore processor chips instead of increasingly powerful (faster) single-core processor chips. That is, in the new architecture, a processor chip has multiple cooler-running, more energy-efficient processing cores instead of one increasingly powerful core. The multicore chips do not necessarily run as fast as the highest performing single-core models, but they improve overall performance by handling more work in parallel. For instance, a dual-core chip running multiple applications is about 1.5 times faster than a chip with just one comparable core.

Operating system (OS) controls overall assignment of tasks in a multicore processor. In a multicore processor, each core has its independent cache (though in some designs all cores share the same cache), thus providing the OS with sufficient resources to handle multiple applications in parallel. When a single-core chip runs multiple programs, the OS assigns a time slice to work on one program and then assigns different time slices for other programs.

This can cause conflicts, errors, or slowdowns when the processor must perform multiple tasks simultaneously. However, a multicore chip can run multiple programs at the same time with each core handling a separate program. The same logic holds for running multiple threads of a multithread application at the same time on a multicore chip with each core handling a separate thread. Based on this, either the OS or a multithreaded applications parcels out work multiple cores.

Chips makers like Intel, AMD, IBM, and Sun have already introduced multicore chips for servers, desktops, and laptops. The current multicore chips are dual-core (2 cores per chip), 8 cores per chip, and 16 cores per chip. Industry experts predict that multicore processors will be useful immediately in server class machines but won’t be very useful on the desktop systems until software vendors develop considerably more multithreaded software. Until this occurs, single-core chips will continue to be used. Also, since single-core chips are inexpensive to manufacture, they will continue to be popular for low-priced PCs for a while.

What are Good Ways to Learn to Become The Best Digital Marketer?

What is SEO and How Does it Work?

How to Generate Traffic on My Website and Blogs?

Information and Communication Technologies (ICT) in Teaching and Learning 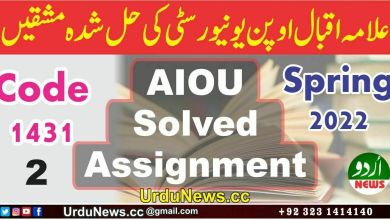 Write short notes in your own words on Graphics, Text, Video Games and Animations

Facebook Twitter LinkedIn Messenger Messenger WhatsApp Telegram
Back to top button
Close
We use cookies on our website to give you the most relevant experience by remembering your preferences and repeat visits. By clicking “Accept”, you consent to the use of ALL the cookies.
Do not sell my personal information.
Cookie SettingsAccept
Manage consent

This website uses cookies to improve your experience while you navigate through the website. Out of these, the cookies that are categorized as necessary are stored on your browser as they are essential for the working of basic functionalities of the website. We also use third-party cookies that help us analyze and understand how you use this website. These cookies will be stored in your browser only with your consent. You also have the option to opt-out of these cookies. But opting out of some of these cookies may affect your browsing experience.
Necessary Always Enabled
Necessary cookies are absolutely essential for the website to function properly. These cookies ensure basic functionalities and security features of the website, anonymously.
Functional
Functional cookies help to perform certain functionalities like sharing the content of the website on social media platforms, collect feedbacks, and other third-party features.
Performance
Performance cookies are used to understand and analyze the key performance indexes of the website which helps in delivering a better user experience for the visitors.
Analytics
Analytical cookies are used to understand how visitors interact with the website. These cookies help provide information on metrics the number of visitors, bounce rate, traffic source, etc.
Advertisement
Advertisement cookies are used to provide visitors with relevant ads and marketing campaigns. These cookies track visitors across websites and collect information to provide customized ads.
Others
Other uncategorized cookies are those that are being analyzed and have not been classified into a category as yet.
SAVE & ACCEPT